"Take the beautiful tower made of bronze that was erected in New York. It is a bronze lady, incomparable in beauty, but you know she has corsets for fifteen stories because the wind bracing is not seen. That which makes it an object against the wind which can be beautifully expressed, just like nature expresses the difference between the moss and the reed. The base of the building should be wider than the top, and the columns which are on top dancing like fairies, and the columns below growing like mad, dont have the same dimensions because they are not the same thing. This story if told from realization of form would make a tower more expressive of the forces. Even if it begins in its first attempts in design to be ugly it would be led to beauty by the statement of the form." 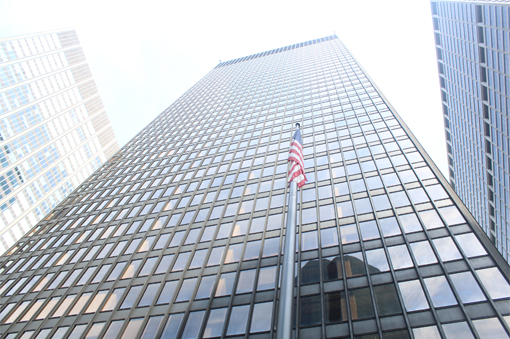 Read the complete post »
Posted by Binu Balakrishnan at 8:09 AM No comments:

The power of an idea

Nothing is as exciting as an idea.

The power of an idea is the driving force for many design professionals. The contemporary architectural scene is shifting more towards idea-centric designs from the popular form-centric ones.
But not everyday that you will witness a barrage of ideas..!

It was during mid May that I got a chance to visit the exhibition “HOT TO COLD: an odyssey of architectural adaptation“ featuring the recent works by BIG – Bjarke Ingels Group in the Great Hall inside Washington DC's National Building Museum.

"I had taught myself that my work had to be fresh, different, seemingly outrageous. From then on, I understood that nothing is as exciting as an idea."  George Lois


The Hot to Cold exhibition gives a comprehensive overview of their recent work across the globe, ranging from the hottest to the coldest climates and hosts 60 models of conceptual and completed buildings, for BIG's first ever exhibition in North America. Criticised by many as utopian, the firm's works bring forward an alternate way of thinking. Each idea seed presented has the potential to grow up and flower on its own; not necessarily in the particular project. 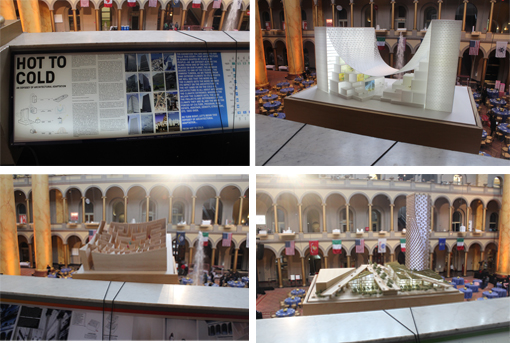 Read the complete post »
Posted by Binu Balakrishnan at 9:18 AM No comments: