Can it be simpler?

There is often a much simpler way of doing things – if you make the effort to look for it. Simplicity does not just happen.

This is the opening page of the book ‘Simplicity’ by Edward de Bono (considered as one of the finest thinkers of our time). An excellent book, not only for anybody who design, but also to any who faces umpteen choices or decisions to make. We have a general tendency to complicate things, though a much simpler solution is available. Electronic goods manufacturers in Korea consciously introduce complex functions onto their products, with minor or no significance, just to make it appear better than its competitor (and it works there!).

"SIMPLICITY IS HARD WORK IF YOU DO NOT KNOW THE SUBJECT VERY WELL."

Simplicity in architecture has much finer dimensions. It, practically, makes great economical sense as well. But why most of the architects (including yours truly) do not pursue simplicity?

Simplicity can be achieved in the way one thinks about the project and its brief, in the process of conceiving and detailing, in the way the drawings are made and information exchanged, in the way of construction happens and in a lot many other processes involved till the completion of a project (and of course post completion too). Instead, like the Korean manufacturer, architect prefers to do it the ‘complex’ way. A fitting conclusion is arrived when he chose to explain his project. Most of the time, the ‘architectural jargon’ is intended to confuse, if not mislead, the layman. One could easily get examples - just pick up the latest national or international magazine. Corbusier put it right: ‘I prefer drawing to talking. Drawing is faster, and leaves less room for lies’.

De Bono continues to find why simplicity is hard to find.

‘Simplicity is hard work if you do not know the subject very well. With simplicity there is nothing to get your teeth into. With complexity there is always some ragged edge somewhere which you can bite on.

So someone who dismisses something as ‘being too simple’ may simply be demonstrating his or her ignorance of the subject. Critics do it all the time.

There is also the underlying fear that the role of interpreter will no longer be necessary if the matter is simple enough for ordinary people to understand and use. Academics feel a great insecurity about this.’

Extracting concepts is one of the key processes of simplification.

Concepts arise from the inability of the brain to form precise images. Who would want a camera that only took blurred photographs? These blurred images form the concepts. At the same time the brain has dynamic processing – it uses ‘water logic’, not traditional ‘rock logic’. Traditional logic is the logic of identity: ‘What is this?’ Water logic is the logic of flow: ‘Where does this lead to?’ This allows the brain to have all the benefits of blurred and fuzzy processing and at the same time great precision.

Concepts have to be ‘general’, ‘vague’ and ‘blurry’. That is their function. In that way you can move out of a concept in many possible directions. If a concept is detailed and concrete you cannot move anywhere.

People, especially Americans, tend to be impatient with concepts, precisely because they are abstract, general, vague and blurry. This is what makes concepts such powerful ‘breeders’ of practical ideas. Those who are impatient with concepts do not seem to realize the difference between a concept and an idea. There is no intention of using the concept in a practical action sense. The purpose of the concept is only to ‘breed’ ideas. The ideas themselves do have to be concrete and usable. You cannot stay at the concept level all the time.'

You can find the dangers of 'surface-deep' conceptualization in the post 'Concept: a Myth?'

'Then there is the danger of oversimplification.

Oversimplification means that you have simplified the matter too much and have left out important aspects of it. The oversimplification is not wrong, but it is inadequate because it is incomplete. There are those who believe that some modern architecture has gone too far in its drive for elegant simplicity.

When does the process of simplification have to stop?

Simplification stops when the values derived from simplification are balanced out by the increasing loss of other values.’

I wish I could make this post ‘simpler’ so that the power of the idea could be easily (and completely) transferred.

Popular posts from this blog 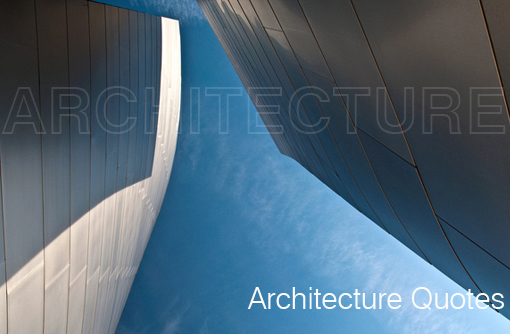 Curiously enough, architects have expressed themselves and their thoughts in many profound ways. Many are 'thought bites' which carry more than one layer. These are (my) top (favourite) architectural quotes (though a few are generic and can be applied to all forms of design). Enjoy..! The sun never knew how great it was until it struck the side of a building . Louis Kahn I prefer drawing to talking. Drawing is faster, and leaves less room for lies. Le Corbusier Be the best, not necessarily the original.  I M Pei God is in the details. Ludwig Mies van der Rohe An expert is a man who has  stopped  thinking - he  knows ! Frank Lloyd Wright Form ever follows function. Louis Sullivan I hate vacations. If you can build buildings, why sit on the beach? Philip Johnson
Read the complete post »

Designing for public is always a challenge. Be it a railway station, a cashier desk in a bank, a scooter parking area, a public library,  a round-about in a busy street,   or a pub, we cannot judge the design until it is used by the intended users for a specific period of time. Its very easy for designers to get carried away by the opportunity of creating something which is noticed by a large spectrum of users. We often try to "design" it such that it stands out and calls for attention. Seth Godin observes the process of designing public interfaces in general in his blog . First, do no harm--three rules for public interfaces When we think of design, we usually imagine things that are chosen because they are designed. Vases or comic books or architecture... It turns out, though, that most of what we make or design is actually aimed at a public that is there for something else. The design is important, but the design is not the point. Call it "public de
Read the complete post »

10 Things that a creative professional should never tell a client 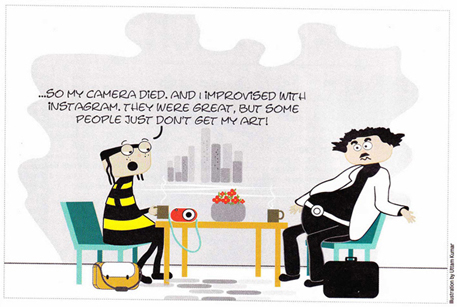 I was tempted to have the title as '10 Things that an architect should never tell a client '.! Not always that you happen to read an article on a different profession and wonder how aptly it describes yours.  Couldn't resist sharing the article titled '10 Things that a photographer should never tell a client' on the December 2012 edition of Better Photography magazine, because each line was relevant to architecture profession as well. Just exchange the specifics and see how it starts making sense.!
Read the complete post »