Fashion: Noun: A popular trend, esp. in styles of dress, ornament, or behavior.

“I hate everything that is driven by fashion. From the beginning I was hating in the 60s the American way of styling, especially cars. They changed their styling things every two years and designed new ones which is nothing to do with good design”. Dieter Rams

Dieter Rams is considered to be one of the most influential industrial designers of the 20th century. He is believed to have inspired the designs of iconic Apple products like iPod.

His observation is strikingly relevant in the field of architecture.


"DESIGN TODAY HAS BECOME MUNDANE AND BANAL; FRIVOLOUS AND EFFETE. IT IS PLAYING ON CHEAP EMOTIONS, LIKE BEING THE TALLEST, THE LARGEST, OR THE MOST STUPID! BRIGHT COLORS, REFLECTIVE METALS AND USING A SURFEIT OF MATERIALS GET CRASS ATTENTION."

[Now, a word of caution: the rest of the post may not be popular among or pleasing to all readers. The observations are purely of the author (except quotes) and my honest intention is the betterment of the profession. I am deeply satisfied if the post helps any single reader (including myself) to do a self examination and/or to dig a bit deeper before finalizing or appreciating a design.]

A client of mine asked me to help him achieve a sand blasted finish on the two columns in the front, reminiscent  to age-old stone work in south Indian temples. Here, he want to do it in concrete.(Mind you, there are more than a few ‘specialists’ who execute the art) On the first look, I was happy that he recognized the need for a cladding to help the columns in heavy-traffic area withstand the abuse it might take. I explained to him various methods of achieving the objective (a few being comparatively economical), but he adamantly insisted on his choice. 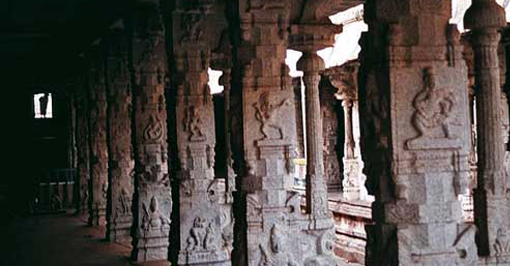 I could not comprehend the strong reason why he want to ‘camouflage’ an already beautiful material into something else. The strong reason, it was told, was that being the current ‘fashion’ (!!). He wanted to get the most updated fashion statement for his house. In addition to that, upon his vast ‘architectural explorations’, he had collected many more ideas and trends (all of) which he want to put on display over his building.

My lecture, on how these are fads and how will he get easily outdated in a matter of few months (probably, even before he completes his building), seemed to have an effect on him and I hopefully saved those two columns from his fancies. Let’s face it. Fashion trends are meant to change. Only question is when. That’s why they are called ‘in fashion’.

I guess its fine (to some extend) to follow the trends while purchasing a shirt(say), which has a comparatively shorter shelf period. People never changed their mobile phones so often a few years back when those phones had a fairly larger perceived life. The manufacturers fool us to throw away the much sought after smart phone, in a matter of few months, for the newer release because they manage to convince  us that the former is out of fashion (or inadequate for its purpose).

A building should not be evaluated with the same yard stick.

One build a home (lets take the most basic building type) expecting it to last his generation, if not more. There are buildings around us which have withstood a few hundred years. Not many have gone outdated. Good architecture carries within itself timelessness, helping these buildings to stand tall and get appreciated through ages though the ‘isms’ and trends keep change around them.

Then why architecture sways for fashion?

Like the car manufacturers, developers and builders always used these trends as ‘packages’ to sell their old wine. They ran towards ‘starchitects’ to create new fashion statements. Ours being an age of information overflow, many a times the result is achieved through ‘visual shocks’ (a strong and effective strategy used since antiquity in all fields of art and design to grab attention). You can read about the advantages of clear thinking in the post 'Can it be simpler?'. Extensive computerisation has helped the scene as it brought in never before ways of executing extremely ‘complex’ projects. The focus has shifted to create spaces/forms which are more appropriate to ‘get photographed’ than its actual purpose.

In his recently published book ‘Letters to a young architect’, Christopher Benninger shares the same concern:

‘Too often designers focus on the ‘pretty’, the ‘clever’, the ‘cute’ and the ‘luxurious’. They start getting drawn into a partnership to promote conspicuous consumption and consumerism. They worry over what will sell and what is fashionable. By the time they do it, the fashion has turned stale and they are part of an outdated style. The glitzy small ideas, the fashions of a season and the gift wrappings all hide the underlying truth that needs to be revealed. Each designer seeks attention; they become obscene and obnoxious just to gain notoriety, like a loud and demanding baby yelling and screaming, instead of an anonymous worker creating for the betterment of the society. Design must get out of tinsel town, leave romanticism to Bollywood and shun virtual reality of Hollywood.

Design today has become mundane and banal; frivolous and effete. It is playing on cheap emotions, like being the tallest, the largest, or the most stupid! Bright colors, reflective metals and using a surfeit of materials get crass attention. This is what I see in architecture, interior design, and in product design today. We must defy this.’
One cant put it more straighter and braver than this!

[The book is a collection of his memoirs and personal concerns about architectural theory and contemporary urban issues. A great initiative, I would recommend it to be part of any architectural library] 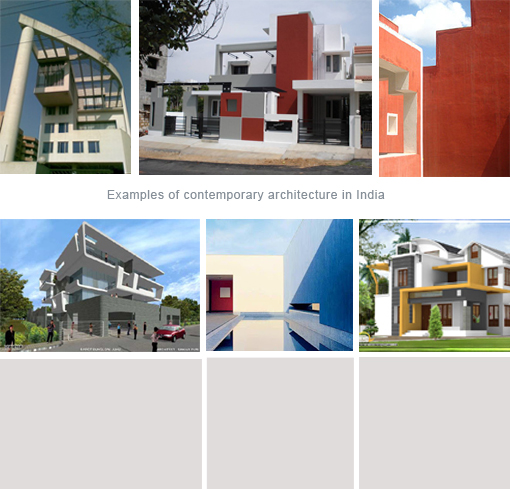 [The last three images are of projects immediately around me (including mine). I prefer not to publish my picks to not offend anybody. You may fill in with appropriate examples around you (will be plenty)]

Apart from the immediate advantage of grabbing attention and subsequent selling, many young designers jump towards it because most of the time fashion defies conventional wisdom and thus following it becomes easy (discarding the past) than adopting a right method demanding far greater understanding and commitment - which is surely the harder way. Future architects shall not fall into the trap of ‘being in fashion’ and thus run endlessly not to get outdated, but engage in a much meaningful journey of understanding the profession and creating timeless architecture. In the process if one creates a fashion, let it be the outcome of a rigorous approach and creative excellence than superficial gimmicks (and then, it must be celebrated!).
Posted by Binu Balakrishnan at 4:00 PM