Designing for public is always a challenge.

Be it a railway station, a cashier desk in a bank, a scooter parking area, a public library, a round-about in a busy street, or a pub, we cannot judge the design until it is used by the intended users for a specific period of time. Its very easy for designers to get carried away by the opportunity of creating something which is noticed by a large spectrum of users. We often try to "design" it such that it stands out and calls for attention.

Seth Godin observes the process of designing public interfaces in general in his blog.

First, do no harm--three rules for public interfaces

When we think of design, we usually imagine things that are chosen because they are designed. Vases or comic books or architecture...
It turns out, though, that most of what we make or design is actually aimed at a public that is there for something else. The design is important, but the design is not the point. Call it "public design"...
Public design is for individuals who have to fill out our tax form, interact with our website or check into our hotel room despite the way it's designed, not because of it.
In the quest to make it work better, look better or become more powerful, sometimes we do precisely the wrong thing, because we forget about the 'public' part of public design. If the user isn't focused or interested in the innovation of our design, we have an obligation to get out of the way. 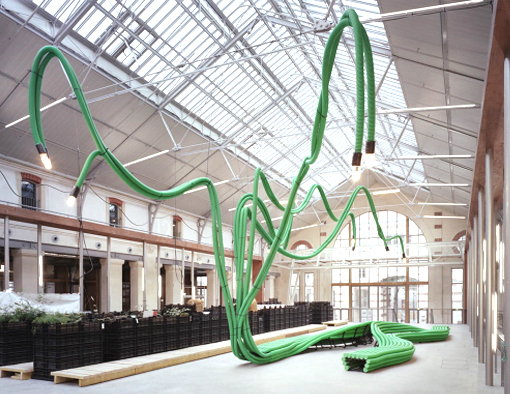 Rule 1: The more often a device is used by first-time users, the more standardized the interface should be.
For example, the shower in a hotel. Some of the most elegant, clever design ever created by man exists in the dials and wheels in the hotel shower. All of it is worse than a waste--it's dangerous and time-consuming. Guests don't want to learn a new way to turn on the shower, they don't want to burn themselves, they just want the water to come out, at the right temperature, in the right direction, with the right quantity. The first time.

Rule 2: Who gets left out is the most important question.
Small ramps are better than a few stairs, given the choice. The more of the public we include, by definition, the better the choice.
Everyone takes a shower without their glasses, and yet the little, indistinguishable bottles in the shower often have 12 point type describing what's inside. No, I'm not going to wear reading glasses in the shower.
If the disabled, the elderly, or those without the latest browser can't use what you've created, it doesn't deserve to be in public.
Rule 3: The best interface is no interface.
Great design tells a story. It moves a product from one category to another, increases yield, creates efficiencies and most of all, adds beauty to the interaction.
But it doesn't have to shout. Or confuse. The pro user, the individual who chose your design because it is something she wants to use every day--this user appreciates the power and the beauty you've created. But in public, for the infrequent passerby, do not call attention to what you've built. We have other things to do. The best designer understands what's important.
Don't abdicate the responsibility for great public design. Do not settle for inefficient, banal or ugly. But at the same time, respect the rules. Anyone can grandstand, but it takes real skill to do great public design that works. We're not looking for design we notice... no, it's design that improves the experience for the public that is the best public design. 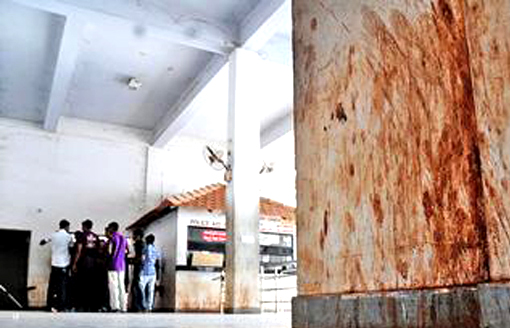 Very powerful observations! Hope those among us getting a chance to design for public listen.
Posted by Binu Balakrishnan at 6:53 AM